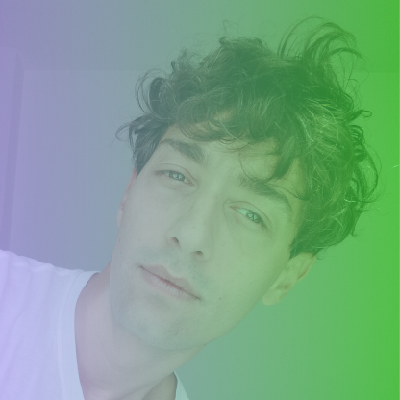 Why did you decide to participate in Re-Humanism?

The prize theme aroused my curiosity. That’s because the specificity of the topic cut across some axes of my artistical research, maybe more at a theoretical and speculative level, than at a practical one.
There is a central idea in my installations, texts and performances, an idea related to the self-perception in an environment, such as the present moment, strongly mediated by the technological development processes.
What I am passionate with about the Artificial Intelligence question is the narrative aspect: the relationship with an unknown “other”, the human obsession with the language and the voice, the will of power and the colonization impulse, the intimate dimension that is created with a technological subject-object, the contradictory spasm of the capitalism, which tries to get free from the workforce.

What kind of sensation you expected the public to feel through the environment you created with “devenir-fantôme”?

In a famous cameo of the movie Ghost Dance (Ken McMullen, 1983), Jaques Derrida claims that “the future belongs to ghosts”. The computerized existence we are living in is studded with absent-presences and the artificial intelligence myth is one of them; this is the reason why, such as a ghost in a story of ghosts, it attracts and terrorizes at the same time.
I compose the auditory environment of “devenir-fantôme”, starting from a huge archive of several personal registrations, collected approximatively during the last 10 years, working with AI quite rudimentary tools for the exploration of these materials, with the aim of getting new original material, lacking in syntactic-linguistic coherence, and then putting it back together on a temporal line and non-uniform space, on nine different auditory channels. All this, together with ornamental elements, to set a tone to the environment, such as flowers and the curtain that were in the Albumarte space, in Rome.
I think what I wanted to do was to stimulate a sense of curiosity broke into pieces, the same attraction-repulsion feeling of a “missing” character.

After Re:Humanism, the Ducato Prize, then “Softest Hard” in Milan… Where will it be your next performance?

I am busy with the development of several works that I started in 2016, called LOOMER, that are a sort of presences not-completely-human (or no-more-human), which haunt the space and time in which they are placed.

My work ponders on the consequences of technology encountering one’s intimacy, self and mutual understanding. In several projects over the past years I have been questioning about the digital image and representation of the self, algorithmic identity and heteronomy, structures of empathy existing in-between and beyond verbal communication, and the ghostly forces embedded in informational turmoil. Engaging in long-term and research based operations—with latent and diverse output dispersed in different forms and formats, or no output at all—enabled me to develop a practice detached from visuality or style, including the possibility of failure as a means to address change and multiplicity, and to embrace versioning and revisions as a method. Comprehending the threshold of the physical with the nonmaterial, or the contradiction of existing as a human body at the interchange with hybrid, digital and nonhuman entities is central to my activity as an artist. I have approached different sources with nonlinear/non-rational inclination, both as quasi-readymade material as well as raw material for further rumination, transposition, displacement, and permutation in time. 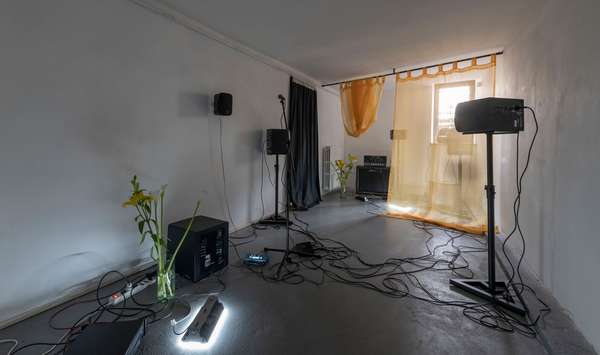 Description of the work